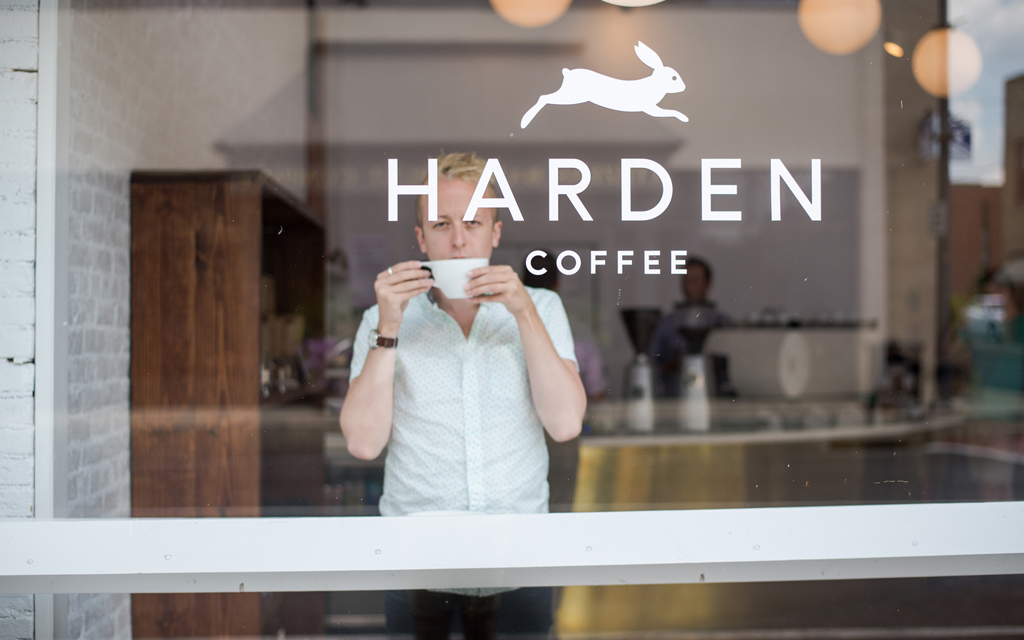 This two-story brick Italianate style building has the name “Chandler” and the date “1893” in the pediment. In 1895, it was a general store with clothing on the second floor. Hill Brothers Dry Goods was there from 1910 until the 1920s.  Scott and Smith Dry Goods which later became Scott’s Ladies Apparel followed. Hobb’s Variety Store occupied the building in the 1960s and the 4 Season’s Sport Shop during the 1970s and 1980s, then Burton’s Pawn Shop and now Harden Coffee, a café that sells a wide range of coffee as well as liquor and wine with assorted breakfast items.

Campbellsville native, Justin Harden, started his coffee business in 2010 in Sonshine Naturals on Nancy Cox Drive.  In 2014, he purchased 202 E. Main Street. It is a great place for Campbellsville University students and residents alike to socialize.  Justin’s wife, Kendal Harden, opened “Bouquet,” a meeting space that is available for gatherings on the second floor.